Plan your dream Arizona holiday with the help of our expert Personal Travel Managers. Holidays from £1,390pp

Enquire Now
Home > Destinations > North America > Arizona
Back
Home > Destinations > North America > Arizona
Back
Home to 15 counties and 90 cities and towns, the destination of Arizona is a vast American state with an abundance of cacti and desert that will please those on the hunt for a luxury holiday adventure across infamous sites such as the Grand Canyon and the urban streets of places such as Phoenix and Scottsdale.

At Canyon Point in the Native American Navajo Nation in the Four Corners region, you can expect glorious views of the desert perfect for wannabe cowboys. Marble Canyon is another fantastic treat for the eyes with watersports and hikes to keep adrenaline junkies entertained. Animal lovers will also enjoy the vast wildlife on show at both venues along with an abundance of amazing flora and fauna.
Wildlife-enthusiasts will also be in their element at venues such as Phoenix Zoo which is home to 1,400 animals and contains 2.5 miles of walking trails so budding explorers can also get in on the action. Nearby, you can also expect a plethora of performing arts venues ideal for culture vultures. Herberger Theatre Centre and the Phoenix Sympathy Orchestra are just two choices, offering high-class entertainment throughout the year. Ideal after devouring fantastic steakhouse and Mexican cuisine in many of the world-class eateries across the capital of Arizona.
Phoenix itself is most well-known for its golf courses being home to 200 of them. Many of the hotels and resorts in the immediate area of the Valley of the Sun, and the nearby city of Scottsdale, have their own or access to a range of courses, fantastic for corporate events or those after a day trip complete with pristine fairways.
Scottsdale is amazing for those wanting to be close to national parks such as Tonto National Forest and McDowell Mountain Regional Park as well as the more urban neighbourhood of downtown Scottsdale. Fantastic for those wanting fabulous nightclubs, restaurants and amazing boutiques, you can be shopping in Fifth Avenue in the morning and hiking through pristine desert in the afternoon. Once this is done, make sure to have some ‘me’ time and indulge in a spa treatment at your hotel. It will be needed.
WINGED BOOTS WISDOM
Arizona is ideal for lovers of the great outdoors. Boasting rivers, the Grand Canyon and much more, there is plenty to see and do. Larger than the United Kingdom, this diverse landmass has plenty of lakes to hike through as well as city spots such as Phoenix and Scottsdale so you can have the best of both worlds. 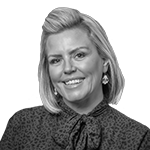 THINGS TO DO IN Arizona

Arizona In A Nutshell

Soak Up The Culture

Tastes To Try
After Dark Destinations
Our range of Arizona packages are tailored to you,
Call us on 0203 816 0985 to Get in touch with our Arizona Expert to Start Planning your vacation
Arizona Itineraries
Arizona Properties