Let's Plan Your Trip
Home > Destinations > Middle East > Bahrain
Back
Home > Destinations > Middle East > Bahrain
Back
Bahrain
When you think of Bahrain, what do you think of? A stuffy, restrictive, desert of a place in the Middle East? Well, you could not be more wrong. Bahrain is a kingdom on the move, constantly updating itself both culturally and aesthetically making it a luxury holiday destination in the Middle East.
In its jaw-droppingly gorgeous capital city, Manama, there is always something exciting to do and the whole place is suffused with a wonderful atmosphere of vibrancy and welcome. Don’t worry about being overwhelmed however, one of the best things about Bahrain is its pace of life – it is as relaxed, or as active, as you choose to make it.
Set apart from its comparatively young neighbours Dubai and Abu Dhabi, Bahrain is an area of ancient culture that will certainly appeal to explorers and cultural enthusiasts. It even has archaeological discoveries that are estimated to date back to a time as early as 2000 B.C. Despite this, however, Bahrain has been internationally recognised as one of the most modernised and forward thinking areas in the Middle East with a beloved expat community that makes up more 55 percent of the kingdom’s entire population.
Not convinced? Surely the kingdom’s need for more than 300 hotels proves that travellers from all over the world are making Bahrain the place to be. This plethora of hotels provide a variety of entertainment that’s sure to make your stay exceptional. Transpose yourself into another realm of relaxation in the spa rooms of either Bahrain’s Ritz-Carlton or Four Seasons or indulge yourself in a veritable feast of gourmet delights in one of their many restaurants.
If you’re looking for a thrill that can’t be found within the walls of one of these fantastic hotels, however, don’t worry – there is plenty beyond them to excite and entertain. For an extra shot of adrenaline in your getaway, head to the legendary Bahrain International Circuit and watch the F1. Get even more involved by taking a spin on the track yourself in one of the most powerful drag racing vehicles in the world.
Prefer golf clubs to cars? There are a number of excellent courses available for a quiet yet perfect game of golf. Take the Royal Golf Club, for example – an 18-hole championship standard course designed by legend Colin Montgomerie.
WINGED BOOTS WISDOM
To get the most out of your Bahraini experience head out between February and April. You’ll be able to enjoy idyllic warmth during the day and refreshing yet still pleasant temperatures at night. And what’s more, during April the kingdom plays host to the Formula 1 Grand Prix and Bahraini Heritage Festival. 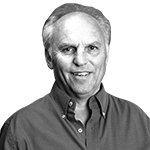 Bahrain in a Nutshell


Soak Up the Culture
Tastes to Try
Our range of Bahrain packages are tailored to you,
Call us on 0203 816 0985 to Get in touch with our Bahrain Expert to Start Planning your vacation
Bahrain Itineraries
Bahrain Properties