Let's Plan Your Trip
Home > Destinations > Far East > Cambodia
Back
Home > Destinations > Far East > Cambodia
Back
Despite its turbulent past, the Cambodia of today is thriving, breathtaking and full of some of the world’s friendliest people. Thanks to recent investment and an increase in tourism, the country is a luxury holiday destination that appeals to a host of travellers. Remember to pack an appetite for adventure as you prepare for the trip of a lifetime.

Anyone visiting Cambodia, and particularly those who would class themselves as a bit of a culture vulture, absolutely must make Siem Reap a stop on their to-do list. The spiritual centre of the country, the province is home to the Angkor Archaeological Park which encompasses more than 100 temples all ranging in size, age, style and state of repair. The Ta Prohm temple for example, which was featured in the 2001 movie ‘Tomb Raider’, is almost completely overrun with rainforest vines (which makes for magical photo opportunities). Other must-see ruins include the Angkor Wat and the Bayon.

These spiritual structures aren’t the only stop off for culture lovers though – in the heart of Siem Reap is the Cambodian Cultural Village which is packed with everything you need to know about Khmer traditions from food and farming to wedding ceremonies and art.

Of course, no adventure in this part of the world could possibly be considered complete without a stay in the country’s capital city Phnom Penh. A busy, urban area packed with French-Indochina influences, this city is home to unique wonders such as art deco street markets, fabulous fusion eateries and some of Cambodia’s best after-dark destinations.|

Fashionistas will particularly enjoy a stay in the capital as there are plenty of opportunities to shop local styles and fabrics so you can bring home an entirely updated wardrobe. Why not take a day trip to Silk Island, just a short drive outside of the bustling city? Here, a community of silk-weavers spend their days creating stunning stretches of fabric on hand-weaving looms made from bicycle wheels. So, go on and indulge – you have to support the local community, right?

WINGED BOOTS WISDOM
A lesser known fact about the country is that its native inhabitants are an official ethnic race known as ‘Khmer’. So whereas anyone living in Cambodia (like ex-pat Brits) could be called ‘Cambodian’, the indigenous people are ‘Khmer’. 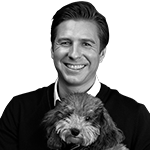 THINGS TO DO IN Cambodia

Cambodia in a nutshell

Our range of Cambodia packages are tailored to you,
Call us on 0203 816 0985 to Get in touch with our Cambodia Expert to Start Planning your vacation
Cambodia Itineraries
Cambodia Properties