Flying High With Ben Matthews, Founder of The London Essentials 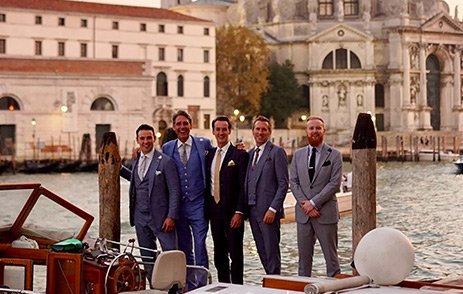 How would you describe The London Essentials?
We offer an immersive experience where the audience don’t feel like they’re watching a band, instead they feel like they’re part of the band. In many performances we’ll begin on stage then go down into the audience to get them involved. While we do most genres from 1950s swing to modern day pop classics, we don’t have one lead singer so this way there’s more variation. Plus, I like to think it's a great way of keeping everyone’s egos in check.

And where did this idea come from?
Well, I had got to the point in my life where everything had gone wrong, so I decided to reinvent myself and ended up spending a short time in Nice, busking every day and living in a room of a rooftop apartment. In 2010 I moved back to London and thought it would be 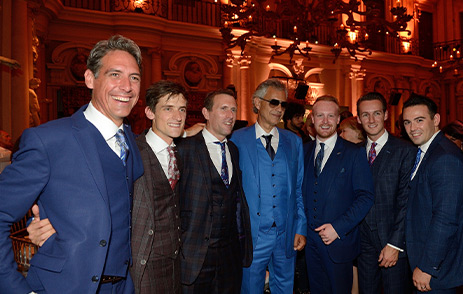 great to have that same vibe in a band that I had when busking with other musicians. I’ve always loved music and theatrics, but I wanted to combine both to make this special mix. And The London Essentials was born.

You’ve rubbed shoulders with some of the biggest celebrities in the world. How did that come about?
Back in 2012 I was running the music at Babylon restaurant in Kensington which is where we landed our first ever ‘celeb’ gig: Holly Branson’s (daughter of Sir Richard Branson) wedding on their private Necker Island. There was us and this relatively unknown guy there called Ed Sheeran! It just seemed to snowball from there, and now a lot of people recommend us to others. Once we performed at this really secretive gig that Google put on in Agrigento, Italy and as we were singing ‘Kiss’ this huge voice suddenly came up behind us and it was Andrea Bocelli! Since then. he’s put us in contact with a lot of big names, too. 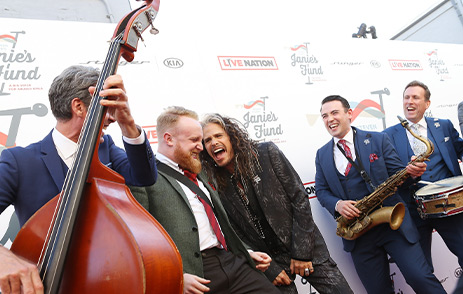 We have to mention Oprah…
That was a time when I remember being extremely starstruck. It was in Vancouver for the David Foster foundation and there was the Prime Minister of Canada Justin Trudeau, Jay Leno and of course Oprah Winfrey. I kept telling people around to shut up so I could just take the moment in!

Does the list of celebrity performances just go on and on?
We’ve done a fair few big gigs! George Clooney was another ‘pinch me’ moment. But he’s actually the friendliest guy and really generous. We were in Lake Como and for most of the performance he had his arms around our shoulders, singing along! We’ve been lucky enough to play at Princess Eugenie’s [of York] Wedding, and in front of HRH Prince Charles at one of the palaces a few years back too. We also get a lot of sport gigs and have performed for Liverpool FC and Manchester United FC, and I must say Jürgen Klopp is a lot of fun. As soon as he broke into laughter, everyone else did! I think one of our main draws is the way we treat everybody the same, whether it’s the bride at her wedding, a world leader or billionaire, it’s this humanising thing. 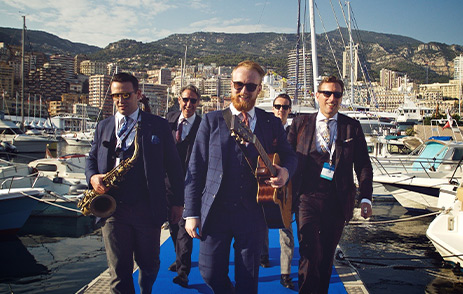 Is there anyone you would love to perform for?
I would have to say Neil deGrasse Tyson because he’s such an amazing human. Also, I would personally love to perform for the Dalai Lama. I do have some contacts in Nepal… maybe I could make it happen.

Could you pick one favourite performance?
That’s such a difficult one. My favourite ones are those when we get a whole room of people connecting with each other through the music, as cheesy as it sounds. We recently had a gig in Scotland where we got 300 people, who didn’t know one another, up and dancing. Those are my dream gigs. When we’re travelling, we also try to find a local hospice or hospital to play in and it’s then that you really see the effect music can have. We’ll have fun with a bunch of very wealthy lawyers, of course, but you can't explain the feeling you get performing in a children’s hospital in Barbados - it’s just so moving. 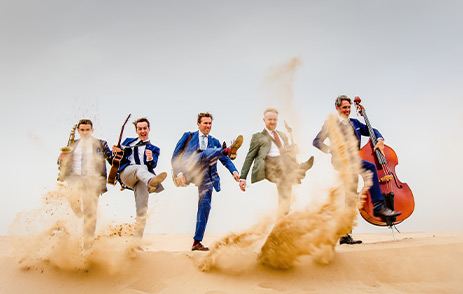 It must be such a laugh when you travel together as a band…
It really is! So many bands break up but we’ve been together officially for much longer than most groups of our genre and that’s because we complement each other. I think there are a lot of strong bonds made through the crazy journeys we’ve had together, too. We try to keep communication up and be kind to each other when we travel otherwise, especially when you’re sleep deprived, things can get out of hand and fast! In terms of travelling it is a lot of hotel rooms although we have become experts at London Heathrow and Gatwick. I defy anyone to try and get through the airport quicker than we can. It’s true that if you see a bunch of guys laughing at an airport early in the morning, chances are it’s a group of musicians.

You've travelled the world with the band, what's your favourite destination?
I love Italy and we’ve been fortunate enough to play in Positano and Florence quite a few times so we’re frantically trying to learn a bit more Italian. I also loved Anantara Kihavah Madlives Villas when I went there with my wife for our honeymoon. It was impeccable service and the accommodation wasn’t too shabby either! 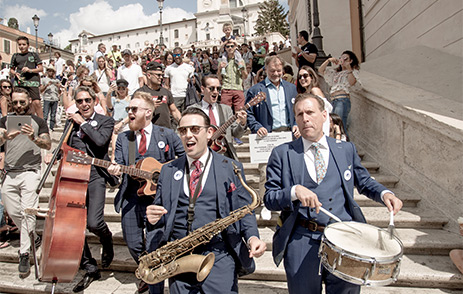 What’s next for The London Essentials?
We are the ultimate travel band because we carry everything we play in a performance, so we’ll still be trying to hit the likes of the Maldives and those exotic locations. But we’re also trying to increase our presence in London, so our schedule isn’t as brutal. With there being 10 members in the band that perform at different times together, I’m stepping aside and trying to run the business more because while so many doors open for us it can become a juggling act. Sometimes there isn’t enough hours in the day, but I can’t complain, and I constantly remind myself how lucky I am. If you had told me when I was busking in Nice that I would be chartering private jets to get to international gigs and perform in front of world-famous people, I wouldn’t have ever believed you.” 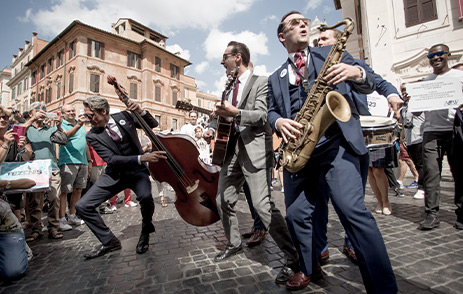 Hold luggage or carry on? Both

Europe or the Caribbean? Caribbean

Night out or evening in? Night out 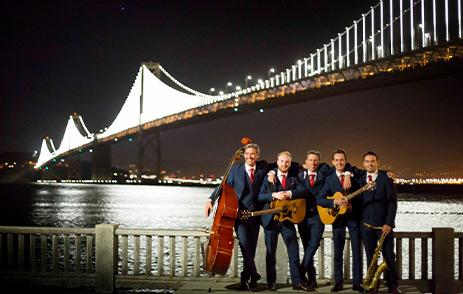 If you fancy following in the footsteps on Ben Matthews and travelling the world, Winged Boots has you covered. Able to organise your holiday from flights through to hotels and things to do, our team of personal travel managers are on hand every step of the way. To book, enquire here or call us now on 0203 816 0985.