With a planet that is 70 percent ocean, picking the best diving destinations in the world is a mammoth task. Luckily for you, we’ve worked tirelessly to find the watery treasure troves that offer the best in marine life, coral reefs, shipwrecks and more – you’re welcome!
Starting with the balmy waters of Australia’s coastline, where better to begin the diving holiday of your dreams than at Cairns, Queensland’s premier gateway to the world-famous Great Barrier Reef. On top of this the area also offers an unlimited amount of tours, schools and aquatic sites to keep you diving every day of your stay.
With three oceans at its disposal, Africa is the ultimate go-to destination for incredible adventures beneath the waves. While many people head to Egypt to get a glimpse of the Red Sea or South Africa for its year-round warm currents, we’d like to add Mozambique to your radar. It’s known to the pros as the destination for almost guaranteed spotting of whale sharks, manta rays and humpback whales among stunning coral reefs and mangrove forests.
Closer to home, Europe is also renowned for its excellent array of underwater opportunities. While most of the continent’s regions have a spot or two to offer, Malta and Greece are among the favourite contenders. The Maltese islands are packed with caves, wrecks and reefs, with particular attention being paid to the labyrinths of Santa Maria in Comino. Greece is a trove of old-world treasures with ancient remains of more than 2,000 years old, still being discovered by avid ocean explorers.
Heading into the mysterious yet crystal-clear seas of the Far East, the undisputed scuba champion of the area is Indonesia. Bali caters to divers of all levels with a pleasant mixture of shallower dive spots such as Amed, Padang Bay, and Pulau Menjangan to bottomless depths with navy coloured waters like Nusa Penida, Nusa Lembongan and Candidasa.
Other fantastic recommendations for a diving getaway you’ll never forget include The Bahamas in the Caribbean, Mauritius and the Maldives in the Indian Ocean and Muscat in the Middle East’s Oman.

There are little tricks associated with long-term diving to prevent any underwater disasters such as decompression sickness. We recommend eating small portions of non-greasy, low-fat foods at least two hours before a dive and consuming plenty of liquids (but not the alcoholic kind). In warm areas such as the tropics, make sure to drink fluids like sports drinks which contain small amounts of sodium to compensate for your losses during diving. 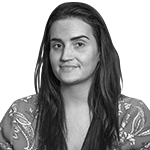 Diving THINGS TO DO